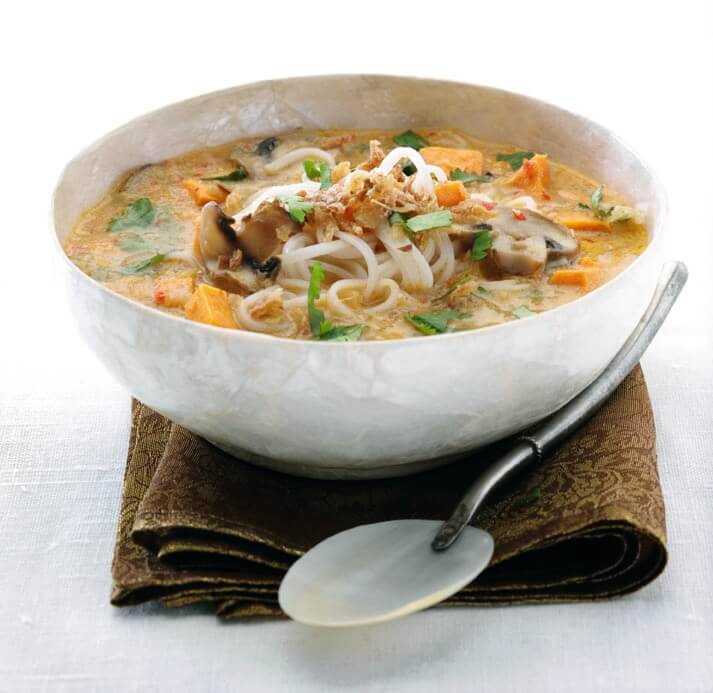 Soups play a major role in Asian cuisine, and this fragrant, nourishing and coconut-rich soup can make a satisfying one-dish meal. This is an extract from the Big Book of Wok by Nicola Graimes, that brings together a collection of 365 recipes for snacks, lunches and dinners.

Enter the competition HERE for a chance to win 1 of 10 copies of The Right Bite by Jackie Lynch – your survival guide to eating healthily on the go. The giveaway ends on Thursday, May 26. 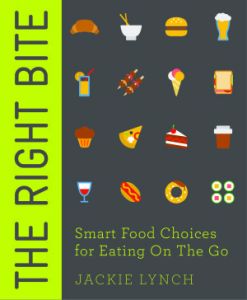 Bran muffin or chocolate chip? Which wine is likely to add the most inches to your waistline red, white or sparkling? And if you re dying for a pizza, how can you keep the damage to a minimum?

The Right Bite is a practical guide to help people navigate the minefields of everyday eating and make healthy choices when nutritious food is not easily available – such as in coffee shops, office lunches or the cinema.

It’s easy to follow a healthy diet when you’re in control of your shopping list and the contents of your fridge. But as soon as you step outside the front door, it can get a lot more complicated. Walk into a coffee shop, a bar or the cinema, and making the right decision can be a lot more challenging and confusing.

The Right Bite is here to help – with accessible, practical advice for all those everyday occasions, you can make the smart choice even when healthy options are limited. Each chapter focuses on a different eating environment – from Breakfast on the Go to Working Lunches, Takeaway Food, Pubs, Picnics, Barbeques and the Cinema.

For each situation The Right Bite then explores the type of foods likely to be available and compares them, explaining the main health pitfalls and highlighting top picks. A ham and cheese croissant is a better option in a coffee shop than a skinny muffin for example! The Right Bite explains why, providing useful insights with a down-to-earth approach. Packed with design features and small enough to slip in your handbag, this is the one-stop guide for anyone wanting to eat healthily in the real world.

The delicious tahini dressing with a citrussy zing and the sweetness of basil lifts the flavours of griddled vegetables and makes a rich and satisfying lunch. The dressing also tastes good with falafels or as a dip. 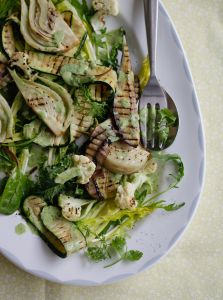 Adele McConnell is the founder of the hugely successful vegan food blog, vegiehead.com, and was the winner of the prestigious ‘Vegan Food Blogger Award’ by The Vegan Woman 2012. She loves sharing her passion for vegan food. Watch her inspiring, easy-to-follow cookery demonstrations on her YouTube channel. 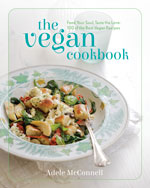 “Feed your soul, taste the love: 100 of the best vegan recipes”

The Vegan Cookbook by Adele McConnell

Saltado is a Peruvian one-pan dish with an Asian influence. Traditionally made with beef, this vegetarian version features marinated cubes of tofu, new potatoes and red peppers in a herby, spicy tomato sauce. 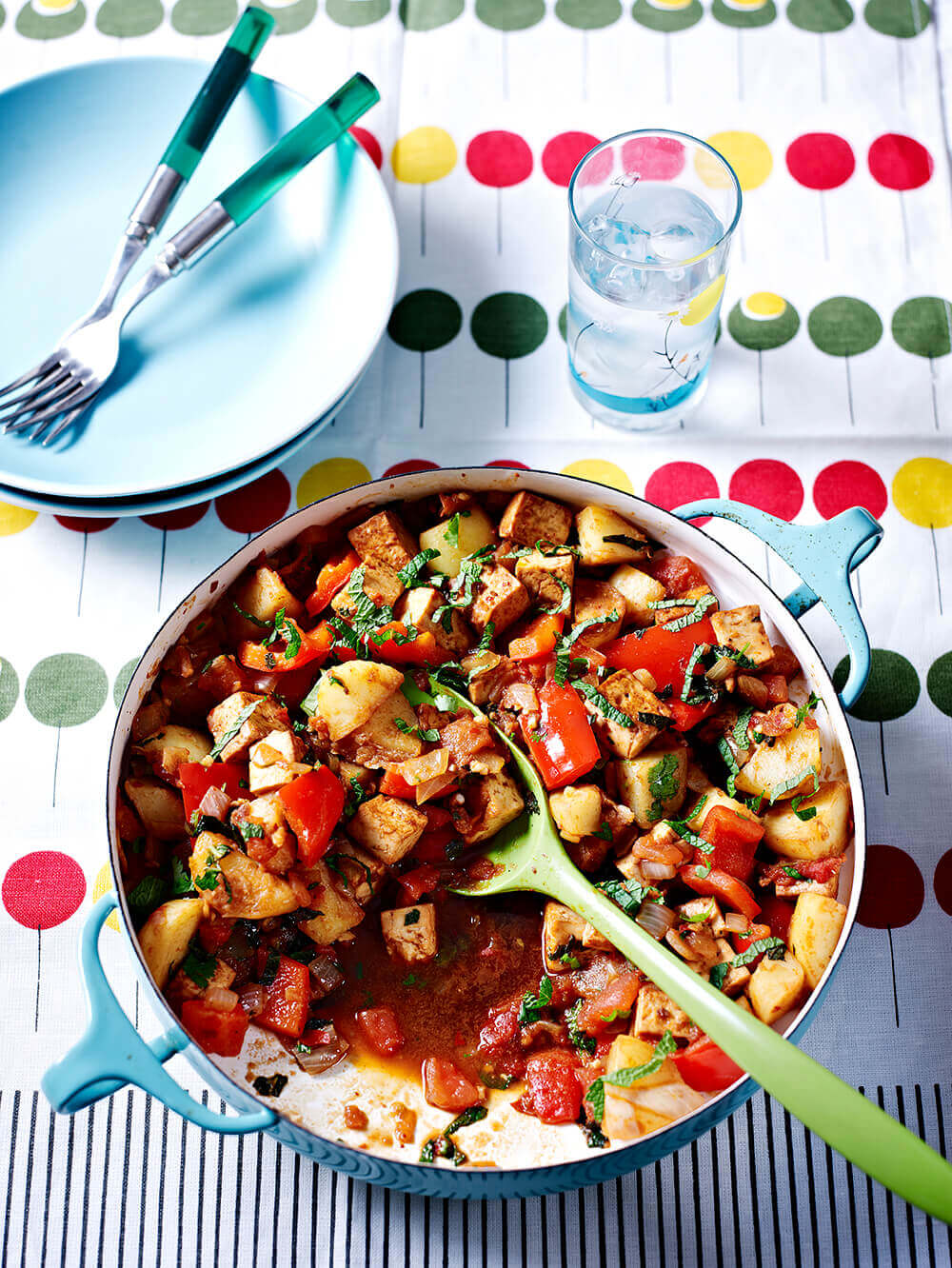 Nicola Graimes is an award-winning cookery writer and former editor of Vegetarian Living magazine. She has written more than 20 books. 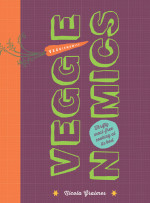 Are you lacking a bit of spice in your life? Add an abundance of flavour by integrating these well-known spices into your diet and reap the benefit of their glorious healing properties.

Spices are much more than wonderful taste supplements. They also provide concentrated, powerful medicines that can enhance health and vitality, treasures that ancient cultures knew well and that modern society is now rediscovering through science and research.

Garlic has a proven reputation as an antibiotic active against bacteria, fungi and other infectious micro-organisms including staphylococci, streptococci, E. coli, trichomonas, candida and amoebic dysentery. It is a traditional remedy
for treating colds, flu, bronchitis and asthma.

A growing body of scientific research confirms garlic’s reputation for 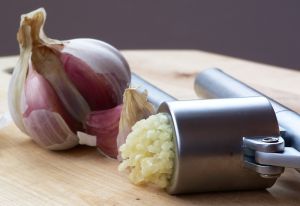 benefiting the cardiovascular system by lowering cholesterol, reducing blood clots (by preventing platelet aggregation), reducing atherosclerosis and lowering blood pressure. Recently, it has been shown that garlic can help to lower blood glucose and thus reduce the risk of diabetes, and there is some evidence that eating garlic regularly may help prevent the development of an enlarged prostate in older men. 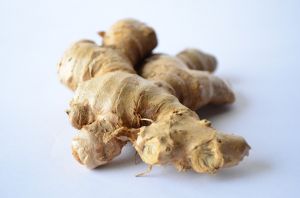 For centuries, ginger has been taken to ease rheumatic complaints, and modern evidence confirms that it has an
anti-inflammatory effect and may also lower blood pressure. It can aid slimming if taken as a hot drink with food because, as well as giving a sense of fullness, it enhances the thermic effect of food, reducing feelings of hunger. Widely used as a digestive aid, ginger can also be effective for motion sickness and nausea. It makes a warming drink and is thought to improve circulation.

Ginger is highly effective in treating morning sickness, but high doses should be avoided.

In the Middle Ages, nutmeg was highly prized and believed to have magical powers. People even carried nutmeg
around with them in a small locket on a chain. It was said to comfort the head and the nerves, and was known to calm the digestion while stimulating the circulation.

Modern research has shown nutmeg to be among the stronges 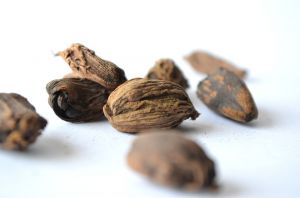 t antioxidants and an effective antibacterial and anti-inflammatory plant medicine able to increase calmness while reducing feelings of anger and embarrassment. It has also been found to inhibit blood clotting and to decrease prostaglandin levels in the colon, making it useful in the management of Crohn’s disease. Extracts of nutmeg inhibit leukaemia cell development, and compounds within it have been found to inhibit the breakdown of elastin in the skin and thus keep the skin more supple. Nutmeg also seems to help protect the skin from overexposure to harmful UV sun-rays.

However, nutmeg does have a reputation as an intoxicant that can cause hallucinations and euphoria, together with palpitations, nausea, headache, dizziness, dry mouth and delirium, but the psychoactive effect is only seen in large doses and varies markedly from person to person.

To relieve joint pain, try an ointment made by mixing freshly grated nutmeg, ginger, ground cloves and citronella oil with ground, uncooked rice. Apply to the affected joint and leave to soak into the skin.

The shikimic acid contained in star anise seeds is a strong antiviral agent and a primary ingredient in the synthesis of antiviral drugs such as Tamiflu. Recent bird flu and swine flu epidemics caused the price of star anise to soar as drug companies bought up vast quantities in order to meet the surge in worldwide demand for antiviral drugs. 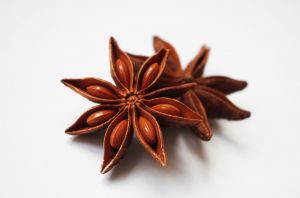 Star anise is a warming, stimulating herb used in traditional Chinese medicine to relieve cold stagnation, to balance the flow of Qi and to relieve pain. It is a traditional remedy for arthritis and digestive complaints, and has potent antimicrobial properties due, in part, to the presence of anethole, which is effective against bacteria, fungus and some yeasts. Its immune-stimulating, antimicrobial and antioxidant properties, together with a gentle painkilling and sedative effect, make star anise a perfect remedy to give young children to relieve colic, and also to treat respiratory problems such as bronchitis, cough and asthma. It is also a useful insect repellent. 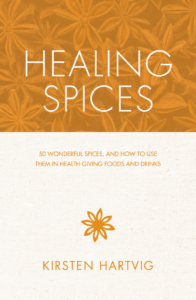