We are starting the second week of #14days of Wellbeing, our wellbeing marathon to kick start the summer. Last week we shared a lot of exciting material, including extracts from our back list, videos and relaxation exercises.
Working with our sister imprint Watkins Publishing, we have been offering the chance to explore Gateways to Health, a great series from our backlist that includes succinct and effective practical exercises that can be performed anywhere and develop your mind-body balance if practiced everyday.
We have been sharing nutritional advise and tips everyday, including Christine Bailey’s healthy recipes, Saimaa Miller’s recipes and detox tips, and Renee McGregor advice on sport nutrition.

Swami Saradananda has been busy preparing a series of short videos that focus on the practice of mudras, delving into some of the mudras, and including practical exercises to increase flexibility in your hands and fingers.

Sound is a fundamental part of who we are. Our brains have evolved to respond to different sounds in certain ways – a scream sends a surge of adrenaline into our system while the soothing rhythm of a lullaby has a relaxing effect on our body and mind, encouraging us to sleep. We respond to sound not only with our consciousness, but also with our physical selves. We have been sharing Lyz Cooper’s sound healing exercises and awakenings sounds, inviting you to pay attention to the sounds that surrounds you, and the emotions they trigger.

We have been working with Tamara Russell to find the best way to incorporate some mindfulness exercises in your #14days practice. How does your mind react to the challenge of learning a new movement? Is this a reaction you see elsewhere in your life at all? Like Tamara Russell’s cup of tea and paintbrush, we shared Tamara’s mindfulness exercises that can be fitted into your daily routine.

You can still read all these material, plus our playlists and daily competitions, registering for free on www.14daysofwellbeing.com.
For those who are following us, we hope you enjoyed this first week, let us know what you think, you can comment on our blogs or social media. For those who are not registered yet, you are still on time! You can still register for free on www.14daysofwellbeing.com.
Many more exciting videos, nutritional advice, books and recordings from our authors are still to come, including Renee McGregor’s exclusive interviews with Olympic athletes Aly Dixon and Piers Gilliver.
June 27, 2016/0 Comments/by Nourish
https://nourishbooks.com/wp-content/uploads/2016/06/14-days-feature.jpg 500 1100 Nourish https://nourishbooks.com/wp-content/uploads/2018/04/NourishLogo340x156-300x138-300x138.png Nourish2016-06-27 13:27:022016-07-06 10:46:2114Days of Wellbeing – First Week Round Up

14Days of Wellbeing is starting soon! Get ready and sign up on www.14daysofwellbeing.com.
From Monday the 20th and for 14 days we will be sharing our author’s classes, listen to exclusive interviews, healthy wellbeing tips and tricks from our authors and nutritionists, and chapters from our books. All free and available from 14Days of Wellbeing website.

Once you sign up, make sure to keep your username and password to hand. You will be able to use it for this and the future programmes.
Check your e-mails, each day for 14 days you will receive an update via email, inviting you to enter our competition of the day.

14Days of Wellbeing is an opportunity to reconnect with your mind, body and spirit, and engage with us at Watkins and Nourish.

Be part of our community by keeping an eye on our social media and following the hashtag #14days!
Follow us on Facebook, Twitter and Instagram. Across all of our channels there will be yoga tips, mudra exercises, interviews, expert advice, delicious and nutritious recipes, motivational images, and meaningful extracts to inspire you to live your best life.

We hope you will enjoy, and let us know how you experience the 14Days of Wellbeing!

A herbed yogurt is served here with sweet potato röstis and salmon to make a healthy and delicious breakfast from Christine Bailey’s The Gut Health Diet Plan! Sweet potato is a tasty and nutrient-rich alternative to potatoes. It is packed with soluble fibre to support healthy gut bacteria and contains gut-protective carotenoids, and it is exceptionally tasty combined with apple! 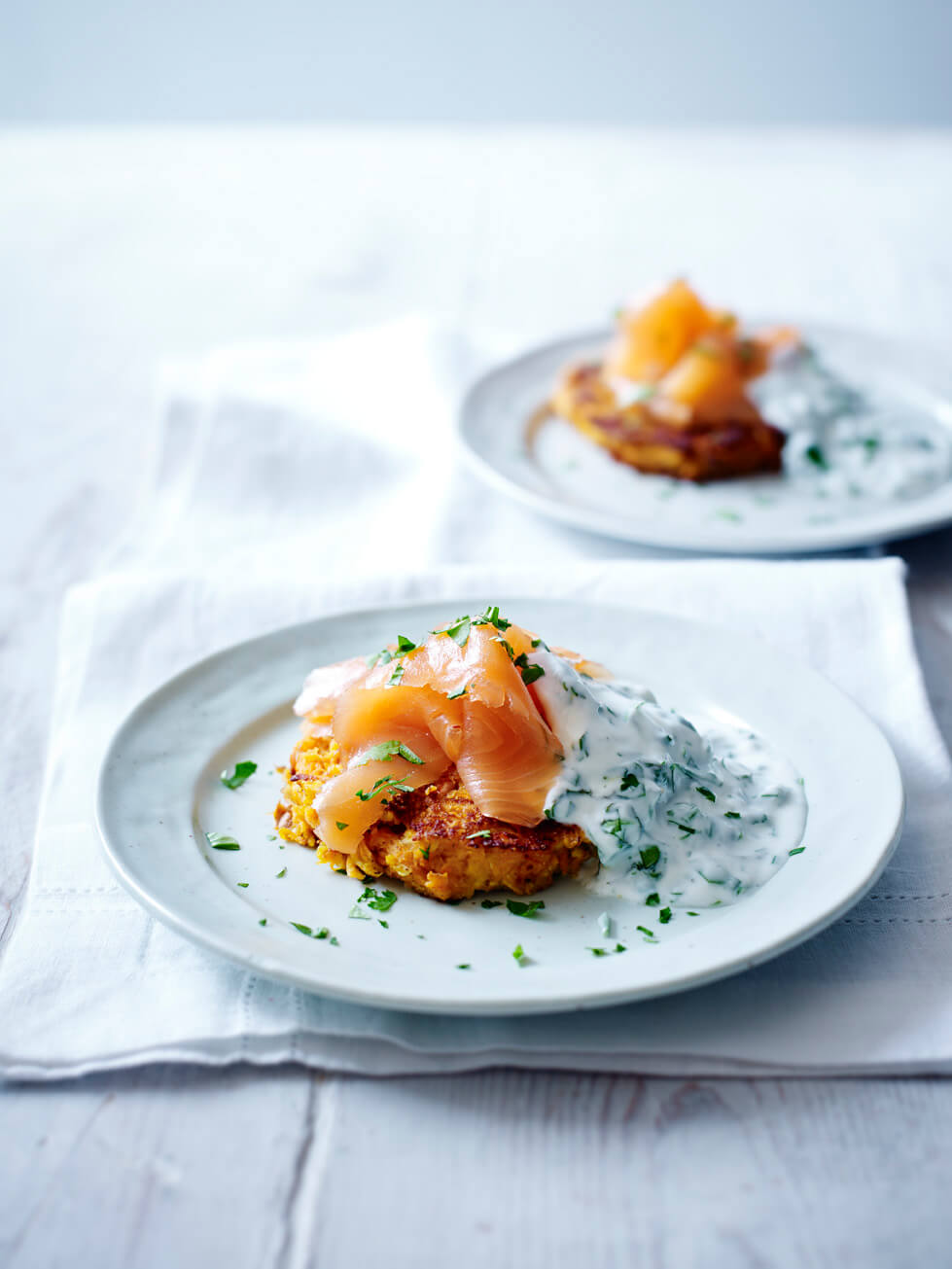 Christine Bailey, M.Sc., is a qualified nutritionist, food and health consultant, chef and cookery teacher. A member of the Guild of Health Writers, she writes for numerous health and food magazines and is the author of The Top 100 Low-Salt Recipes and The Top 100 Recipes for Brainy Kids for DBP. Christine runs courses and workshops, advises local authorities and schools, and works with a number of charities and organisations including the World Cancer Research Fund UK. 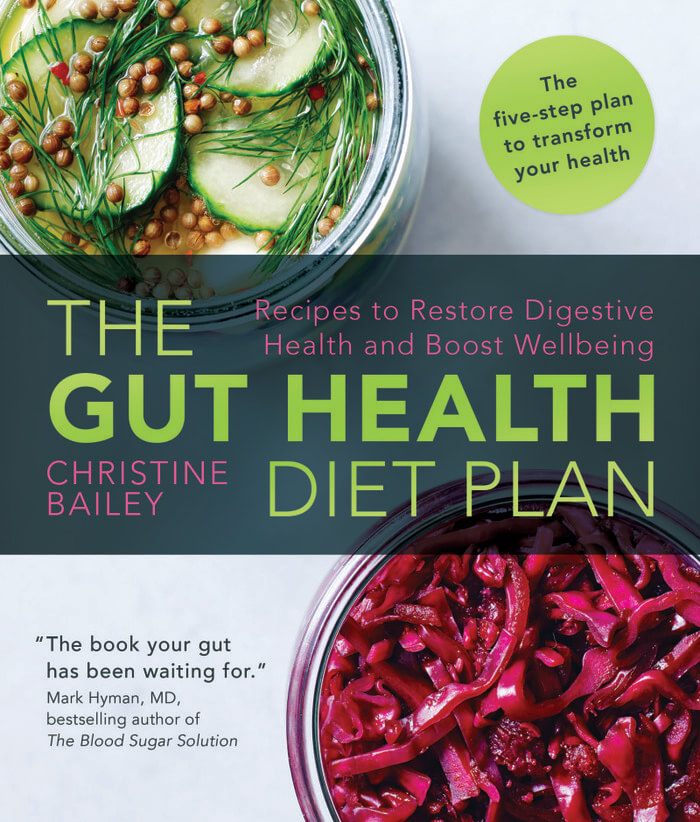 Barbeque and picnic season is here! This easy and refreshing salad from Kristen Hartvig’s Healing Berries is the perfect dish to share with family and friends this summer, and each portion is only 219 calories.

Kirsten Hartvig is an acclaimed nutritionist, medical herbalist and registered naturopath practising in East Sussex, and in Denmark

where she is a government adviser on natural health. She is the author of 14 books on natural health, including Eat for Immunity, The Big Book of Quick & Healthy Recipes, and The Healthy Diet Calorie Counter. Kirsten also runs regular health retreats in the French Pyrenees, organizes local herb walks and gives talks and workshops on natural health in practice. She lives with her family in Forest Row, UK. Visit her website at kirstenhartvig.com. 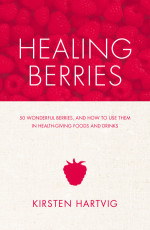 Unlike some of the rather bland alternative grains on the health-food store shelf, spelt tastes like a nuttier version of fluffy wheat. And yes, it’s good for you, too! Unlike much wheat, where the nutritional benefits of bran and germ are largely removed during milling, the good stuff in spelt is found in the inner kernel of the grain, and so survives the milling process unscathed.

Spelt really is a cook’s best friend. It’s great for making bread and cakes, and it can also make pastry and biscuits with a wonderful, crisp texture. The nutty flavour of spelt makes everything taste good, and the flour behaves in much the same way as wheat, if not better, so you don’t really have to learn any new techniques.

I think it’s always best to think of recipes as a guide, rather than strict instructions to be rigidly adhered to, so it’s important to practice using spelt in a variety of ways. It won’t take long for you to get used to using it – and once you do, you’ll never look back. 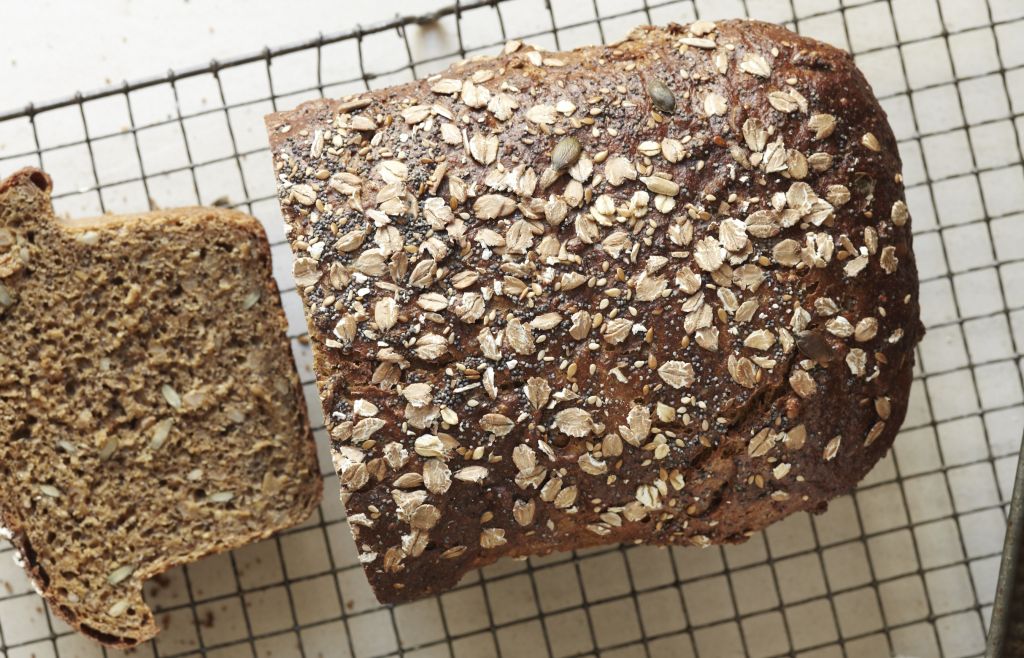 As there is generally a higher protein content and a more delicate gluten structure in spelt flour, you don’t need to knead it for as long as when making wheat bread. Remember, though, that it is more hygroscopic than refined flour, which means the dough will require a little more liquid, as you work the ingredients together, to prevent it from drying out. If your bread dough is feeling a little dry when you’re kneading, make sure you don’t just push on; instead, add more liquid. As bakers will tell you, the wetter the dough, the better the bread will be.

Never shy away from adding more water, milk or other appropriate liquid to keep the dough soft and supple. A dough that is dry and tough after 10 minutes of kneading isn’t going to improve after proving and baking.

Some great advice when it comes to making bread with spelt:

•  Bake it in a tin or basket. The gluten structure in spelt is different to that in wheat flour and it’s the network of fine gluten strands that gives the dough its structure, so a spelt loaf will benefit from being supported as it cooks.

•  Spelt dough can be quite dense. To make it softer, add a tablespoon of clear honey to give a pliable texture and to bring out the flavour.

•  To loosen the bread, add some fat – a little unsalted butter will do the job, and  it’s better than oil.

To know more, you can read Spelt by Roger Saul. 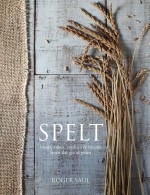