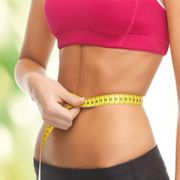 For anyone considering doing an intermittent diet, there is one crucial question: can fasting help me lose weight? Scientists have confirmed that fasting accelerates fat loss and shifts weight from stubborn areas, but many of us are looking for real life success stories.

Karen, Juli and Sinead all lead different lifestyles and follow different diet plans, but all have the same aim – to lose weight! That’s why, for the last 6 weeks, they have been following Amanda Hamilton’s Eat, Fast, Slim diet plans.

Here’s how they did it using the plans in Eat, Fast, Slim:

Juli had an ambitious weight-loss goal – aiming to lose more than 19kg (3st) overall – and wanted a weight-loss plan that would fit her busy working life.

Juli followed Amanda’s 5/2 fasting diet, which meant that she ate a balanced menu five days a week, including three meals and up to two snacks. On the other two days, she was restricted to a small evening meal, averaging around 500 calories. This meant that she could structure her fasting pattern around the days when she’d be busiest at work – it’s often easier to skip meals when you’re busy, and it takes away the temptation to run for the vending machine rather than sit down to a proper meal.

With Amanada’s plan, Juli could have one day off a week, usually at the weekend, when she didn’t strictly follow the menu. It was this flexibility that most appealed to Juli. “I find it so rewarding to have snacks off-plan on one day, and find it much easier to get back on plan 100 percent after. Everything is structured, and on a working day it’s so easy to follow,” says Juli.

Despite these planned “lapses” through weekend socializing, Juli also lost weight steadily and was a third of the way toward her ultimate goal by the end of the six weeks. Not only that, more of the weight went from around her tummy than her upper body. Her waistline shrank by an amazing 7.6cm (3in) during the trial!

Aim: To shift those stubborn kilos!

Self-confessed “huge eater” Karen weighed 67.5kg (10st 10lb) at start of the 6 week trial. She had been dieting for two months, with some good weight loss, but she was still 6.3kg (1st) away from her ultimate goal. What’s worse is that her weight had reached a plateau.

Karen continued to eat the healthy dishes that Amanda had advised her to follow on her diet, but switched from five small meals a day to 16/8 fasting diet, in which she fasted from 8pm in the evening until 12pm the next day. This meant skipping breakfast and her usual morning snack, then having an early lunch and a more substantial afternoon snack than usual. She slipped up a few times over the six weeks, even giving in to the temptation of some chocolate Easter eggs, but she still overcame the weight-loss plateau and lost a steady 900g (2lb) a week!

“For me this diet has been totally life-changing. Before, it was all about white bread, eating on the hop and huge portions. I’ve had a couple of blips along the way but I’ve totally changed the way I eat. The most incredible thing is that I’ve even managed to get into a size 10! I couldn’t even get into a size 14 after Christmas. I still can’t quite believe it. But this is me now – I’m determined and, as long as the kids keep me running around after them the whole time, hopefully I can stay this way,” enthuses Karen.

Karen noticed that her appetite tends to fluctuate alongside her monthly cycle, which explains why fasting may work slightly differently for men and women. As a result, Karen continued following the 16/8 fasting pattern after the 6 week trial ended, but began eating breakfast every day during the final week of her cycle to help satisfy cravings.

Name Sinead O’Neill
Age 40
Height 1.6m (5ft 4½in)
Weight before 68.5kg (10st 13lb)
Weight after 63kg (10st)
Lost 5.85kg (13lb)
Like Karen, Sinead had already lost almost 6.3kg (1st) when she began the trial. She was feeling very motivated to reach her goal weight – another 6.3kg (1st) away – in time for her 40th birthday, and was keen to avoid a weight-loss plateau. A fractured foot meant Sinead was unable to exercise, so the intermittent fasting plan appealed to her as an alternative way to accelerate weight loss.
“I found it really easy – I did six days of no breakfast, but incorporated the same number of calories into the rest of the day’s food and it really worked. I got to my goal weight by my birthday and was delighted to get into a size 12 dress (my husband’s reaction was incredible!) and I’ve also worn leggings again, which I never thought I would. The plan has given me incredible confidence and I have so much more energy now,” says Sinead.

Sinead soon recovered from her broken foot, and started back at her exercise classes with a new-found confidence.

Read how Amanda Hamilton lost weight through fasting, and why it’s the prefect bikini diet for you!

Amanda Hamilton has helped thousands of people lose weight and gain body confidence, and she’s distilled this experience into Eat, Fast, Slim. Try Amanda’s healthy plans with more than 100 nutritious recipes. Choose a plan to suit your lifestyle and maximize the benefits of fasting – lose weight, slow down ageing and boost your health.

Follow Me!
Sous-vide Cooking at Home – a Michelin Masterclass with Daniel Galmic...

36 ways to clean your house with lemon
Scroll to top