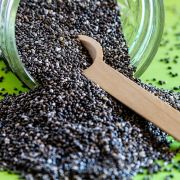 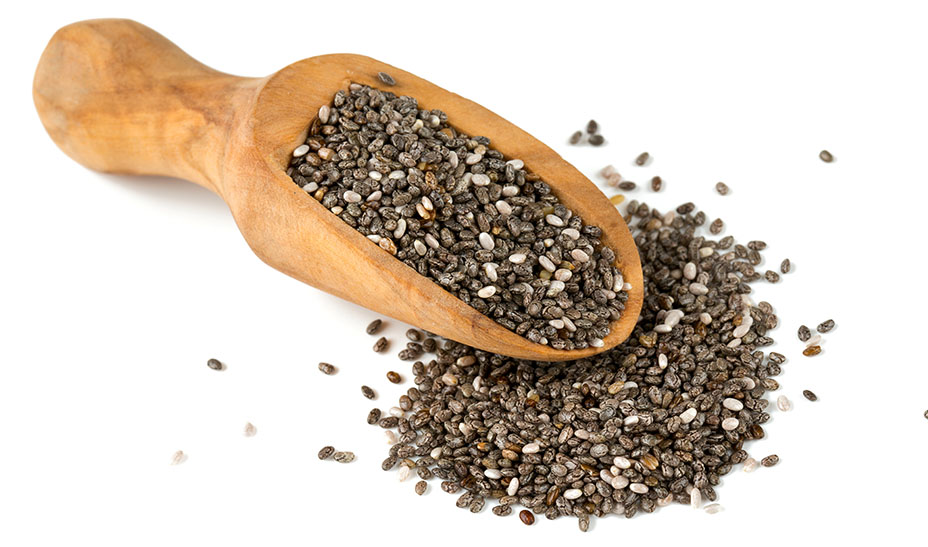 If you’re not yet familiar with Chia seeds, then it’s well and truly time for you to get to know about these tiny little balls of goodness as they are among the healthiest foods on the planet. They’re the size of poppyseeds and come in either black/grey or white. They can be easily be found in health food shops (numerous supermarkets sell them, too), and their popularity is increasing all the time.

Origins
Chia seeds originate from a flowering plant in the mint family called Salvia hispanica that is native to Mexico and Guatamela, and they are said to have been the food of choice of the Aztecs and Mayans back in the day due to their ability to provide sustainable energy. In fact chia is the ancient Mayan word for ‘strength’, and a single tablespoon would keep them going for 24 hours!

Nutrition
Don’t be fooled by their size – these tiny seeds pack a powerful, nutritional punch. As well as providing energy, they are ridiculously high in fibre, omega-3 fats, protein and antioxidants. They are low in calories, classed as a ‘whole-grain’ and are naturally gluten free. One recommended daily serving is only 1 tbsp (15g/.oz), which is incredibly easy to include into your daily diet.

Uses of chia
The seeds taste pretty bland alone, so you should add them to other things, such as cereals, yogurt, salads, and veggie or rice dishes. Stir them into soups, porridge and stews, blend them into smoothies or add to your baking, such as bread, cakes and muffins. The thing about Chia seeds that amazes me the most is that they absorb so much liquid (12 times their weight) and can therefore be used to thicken sauces, make puddings and used as a substitute for eggs in pretty much most recipes.

When mixed with liquid the seeds plump up, forming a gel layer around each seed, which then acts as a binder in the same way eggs do. To create an egg substitute, simply mix 1 tablespoon chia seeds with 3 tablespoons water or other liquid such as milk or juice. Leave to soak for about 5-10 minutes until you have a gloopy gel equivalent to one whole beaten egg. Each 1 tablespoon of chia seed is equivalent to one egg, so increase quantities of chia seed and liquid according to your recipe. It’s worth pointing out that once made, chia seeds still retain a slightly crunchy texture when in gel form. For many recipes this is just fine, such as in baking, but you can grind the seeds in a blender or coffee grinder before mixing with liquid for a smoother end result. This is particularly useful when making puddings or sauces.

Recipe inspiration
My latest cookbook In the mood for Healthy Food is out mid July and contains many recipes using Chia seeds such as Chia Seed Flapjacks, Beef and Quinoa meatballs, Raspberry Chia Jam. However here is a sneak peek of a versatile salad dressing which uses Chia seeds to create a creamy texture.

Lemon Chia Caesar Salad Dressing
This is great to use as a salad dressing with crunchy Cos lettuce, crunchy baked bread croutons and some shavings of Parmesan cheese. It also works really well as a dip for crudit.s or to toss into cooked new potatoes for a very tasty potato salad. Place 3 tablespoons lemon juice, 2 tablespoons chia seeds, 3 tablespoons avocado or extra virgin olive oil, 1 anchovy fillet, 1 small peeled garlic clove, 1 teaspoon Dijon mustard and 1 teaspoon honey in a blender and blitz until smooth.
Check for seasoning and add salt and pepper to taste. Serves 4. 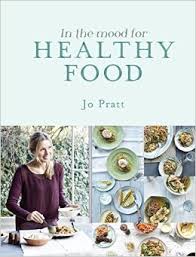