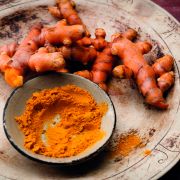 This article is an extract from Mighty Spice Cookbook by John Gregory-Smith.

Also called ‘Indian Saffron’, turmeric is a very old spice that is native to India, which is still the major producer of the spice today.
It was first cultivated around 3,000bc by the Harappan civilization in the Indus Valley. The beautiful spice was used in cosmetics, cooking, medicine and as a dye, which all still remains the case today. The wonderful root has been praised in Ayurvedic medicine for centuries as an important anti-inflammatory, antioxidant and vital aid to digestion. And as I discovered during my recent travels to India, often when turmeric is added to a curry, ‘for health’ is pronounced.

Turmeric is part of the ginger family, and if I am going to get technical, like ginger, it is a rhizome: a horizontal mass of the stem of a plant that is found growing underground.

However, the best thing about turmeric is its madly orange colour. If you are ever lucky enough to get hold of the fresh ‘root’, you’re in for a treat. The muddy yellow-coloured root, when broken open, reveals an intensely deep, bright orange-coloured root. It’s so amazing! In South East Asia the root is often used fresh, either grated or simply cut up and pickled. The flavour is very distinct – earthy and slightly bitter – and it provides the colour of a beautiful, deep orange evening sunshine to curries, stir-frys and curry powders. To make the yellow turmeric powder we all know, the root is boiled, dried and ground.

Due to the intensity of colour and flavour, turmeric should be used sparingly. I tend to buy it in small amounts, which can be kept for up to six months. To keep its flavour, store this golden spice in a dry, airtight container out of direct sunlight. If you are using turmeric in a spice rub, I strongly recommend putting on a pair of rubber gloves before you start.

Cha Ca La Vong is a famous restaurant in Hanoi that serves just one dish: ‘Cha Ca’ or fried fish. It is served with spring onions at your table in a frying pan, sizzling on top of a small barbecue. 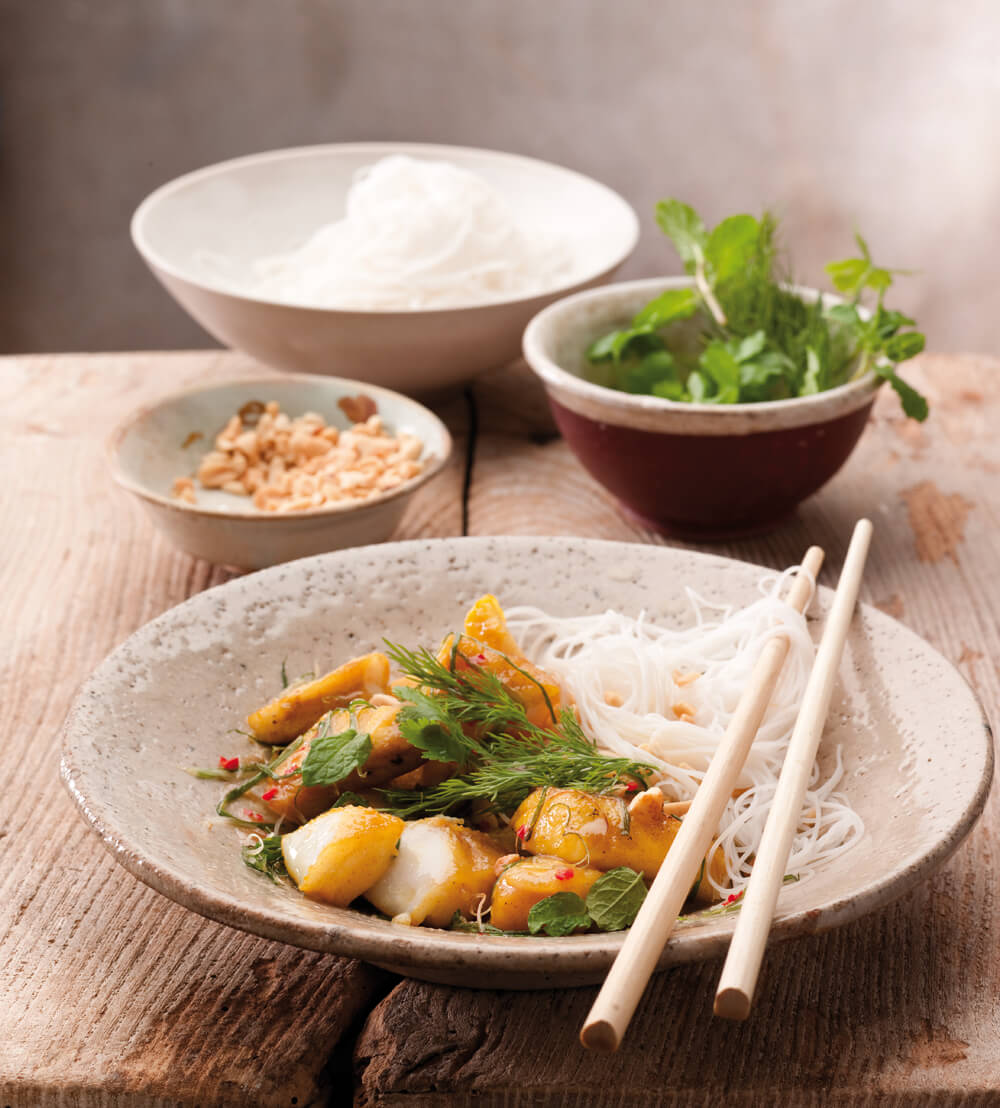 1 Heat a frying pan over a medium heat. Add the peanuts and gently toast, shaking the pan occasionally, for 2–3 minutes, or until the peanuts are a beautiful golden brown. Transfer the nuts to a plate to cool.
2 Cook the noodles according to the packet instructions, drain and immediately refresh under cold water. Drain well then transfer to a bowl, dress with 2 tablespoons of the oil to stop them sticking and set aside. Put the dill, coriander and mint together into one bowl and the peanuts into another.
3 In a large mixing bowl mix together the turmeric and flour. Dip the cod pieces into the flour, making sure every piece is completely coated.
4 Heat the remaining oil in a large frying pan over a medium heat and fry the cod, turning occassionally, for 2–3 minutes, or until the flesh turns opaque and is flaky to the touch.
5 Add the spring onions, fish sauce and lime juice and gently mix until well combined.
6 Scatter the red chilli over the top and serve with the noodles, herbs and peanuts on the side to mix together as you like. 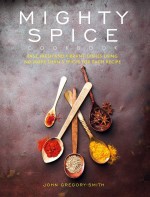